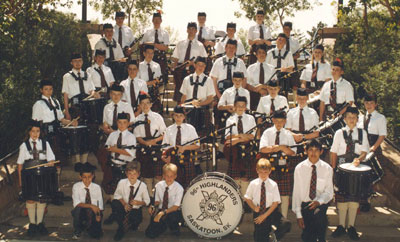 The 96th Highlanders currently maintains both a grade 5 and grade 4 competition band. We welcome all youth between the ages of 9 and 21 from all backgrounds who are willing to dedicate themselves to mastering a highland band instrument. Classes are held weekly.