The North Saskatchewan Regiment Pipes and Drums are based in Saskatoon, Saskatchewan under the command of Pipe-Major Craig Shirley. The band is made up primarily of volunteer members with a few enlisted pipers and drummers. The band is an active part of the Saskatoon community engaging in parades, military events, and regional events. Each member strives to improve their highland music skills through practice and tutelage from the bands finer musicians. We are proud to be a part of Saskatoon and Saskatchewan. We pledge our service to Canada and Her Majesty the Queen. 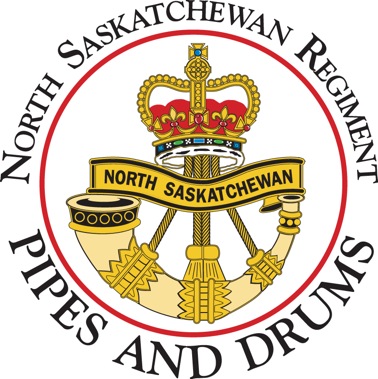 The band is affiliated with the Canadian Armed Forces and, as such, is committed to duties supporting the Unit, which are primarily ceremonial. We are proud to be a part of the North Saskatchewan Regiment as volunteer members.