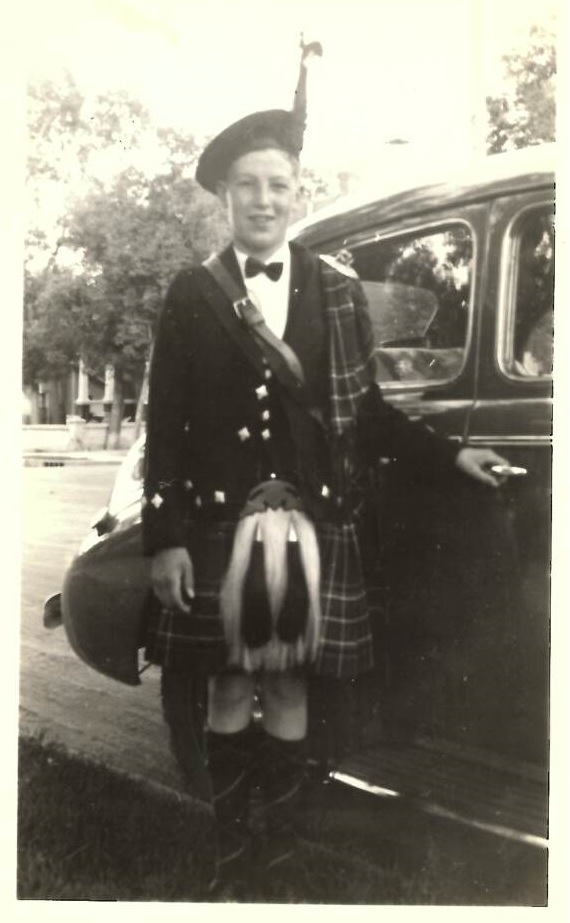 Howard Chamberlain started drumming in 1937 with the Brandon Boys Pipe Band. He eventually became the Lead drummer of the band and for all of the other of which he was a member.

Drumming had Howard play in most provinces of Canada and many US States, and as far away as Germany and Switzerland.

He taught drumming with the Fraser Pipe Band, the Summer School in Fort San, and numerous Shrine Pipe Band retreats.

In the 1960's Howard along with Angus Spence were chosen from the 10th Field Artillery Regiment Pipe Band to travel to Ottawa to help standardize the Piping and Drumming for Military Bands. Many of those drum beatings are still in use today.

Howard was a machinist by trade, in both Brandon and in Regina. In 1954 he married Margaret and they have 2 children, 4 grandchildren and 1 great grandchild.

As well as being involved in Six Pipe Bands Howard was a strong proponent of the Scottish Community. He is a member of the Sons of Scotland, Regina Scottish Dancers, volunteered at Mosaic, and judged at the Highland Games.

Other than the Wa Wa Shrine and the Masonic Lodge Howard also played the trumpet in the Lions Adult band, and he played the drum for a German Band and was a drummer with the "Riderette drum Corps".

After retiring from the Machine Shop, Howard and Marg spent 15 winters in Yuma.