The 10th Field Regiment Pipe Band has formed from the former 12th Signals Pipe Band after that unit was scrapped, and the band formed an integral part of Regina activities for many years. George Crawford was a Regina lad who took over as pipe-major of the band, and he led it for many years, including successful tours to perform in the USA and Europe. Angus Spence was pipe-major for a time, and eventually the band could not maintain the numbers for an active unit, and it was pulled from service in Regina.

The band was very active in the 1960s and especially the 1970s, when it made several trips to play at the World Curling Championships.
This band also cut a vinyl record in the 1970s called "Pipes and Powder." 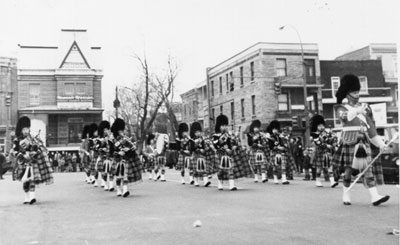 10th Field Regiment, RCA
1970s
This photo was taken while the band was on parade in Switzerland (?) for the World Curling Championships.
Photo: Duncan Fisher 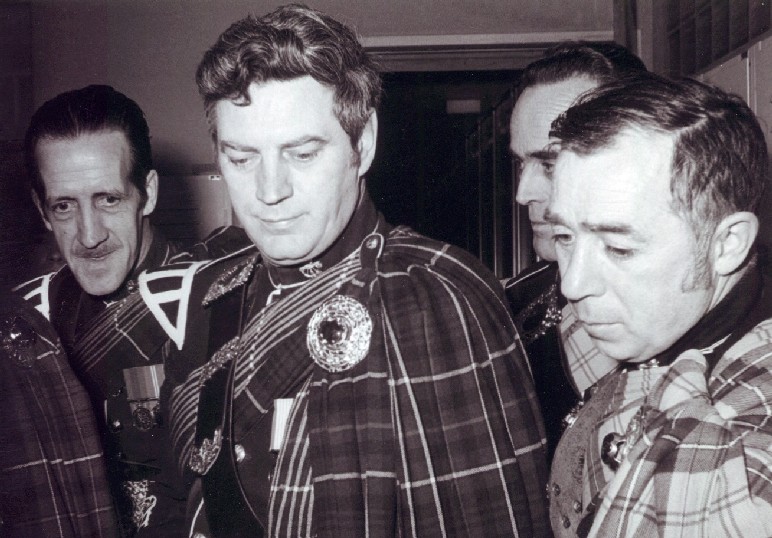 The band travelled to Berne, Switzerland in 1974 to perform at the World Curling Championships.
Members on the left (including Don McDonald, centre) are from the North Sask Regiment, and on the right is Duncan Fisher. 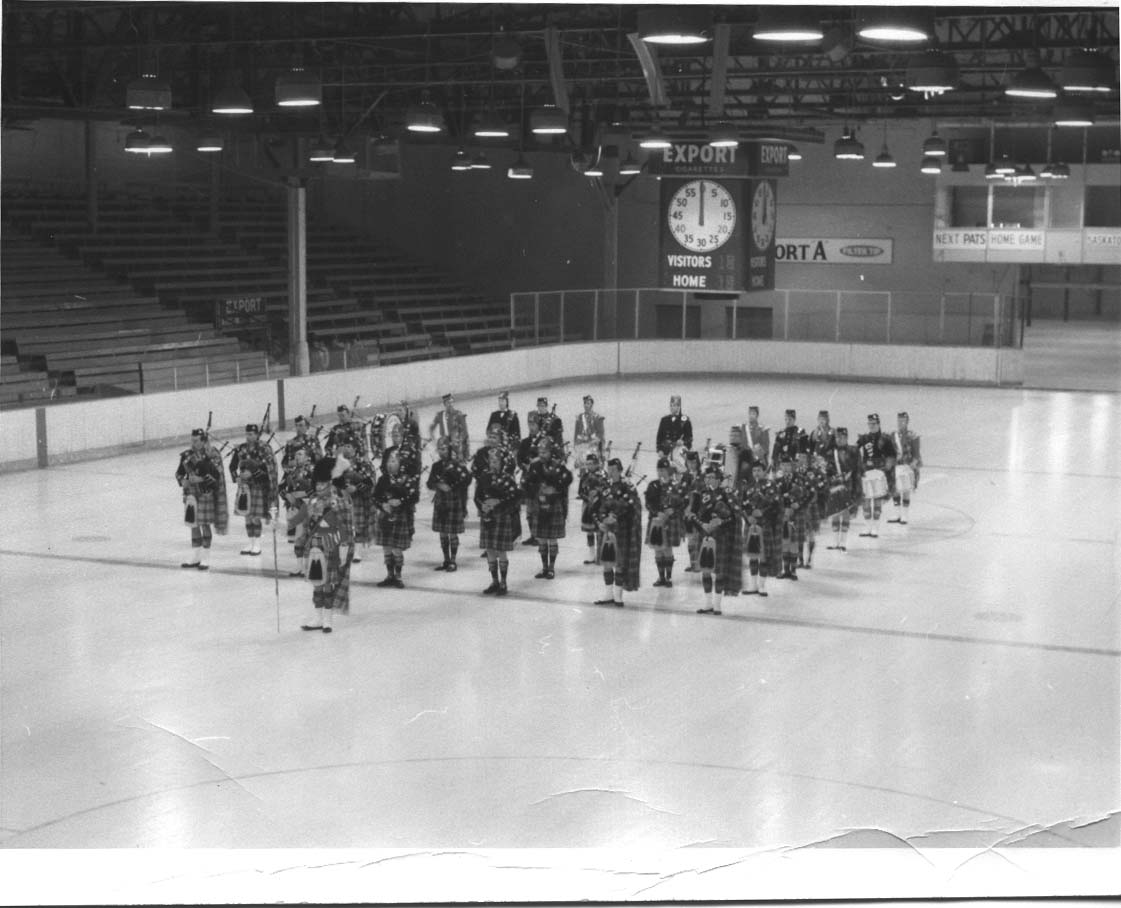 Here is a photo of massed bands playing for World's Curling Selection committee choosing site for 1973 Silver Broom World Curling Championship... They were checking out the Exhibition stadium in Regina.. The building was in darkness and the committee were having difficulty seeing anything.. When all at once the door at the end of the stadium opened up and the massed bands came forward as the lights came up .. this was an idea of Doug Lee and George Crawford that was credited with the committee choosing to bring the event to Regina in 1973.
click for larger view 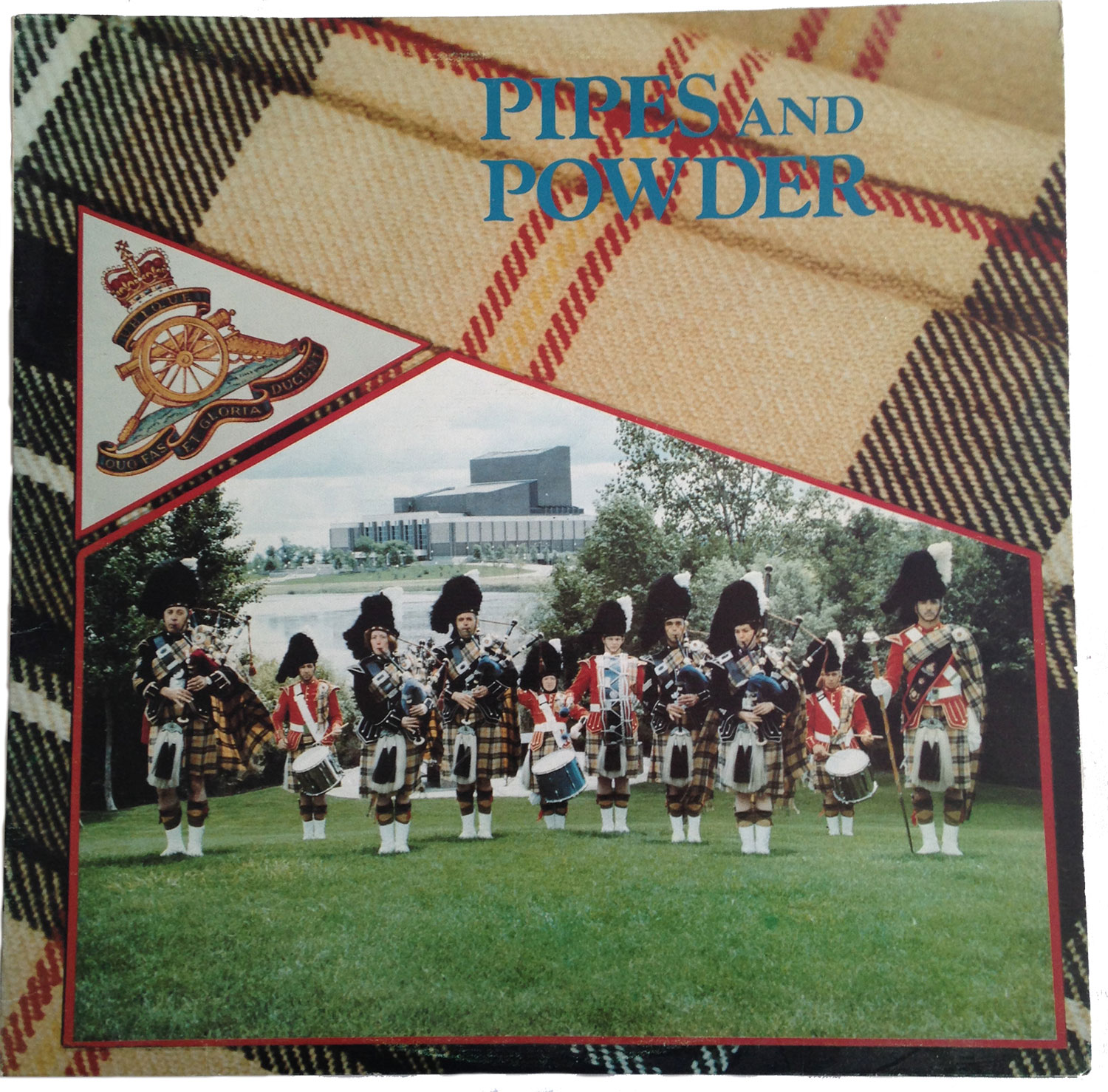 See back cover with information on Regiment and recording.

Cover Photo from Album "Pipes & Powder" (1976)
Features the 10th Field Regt RCA Pipes & Drums (P-M George Crawford)
This was the cover photo on the long-playing vinyl record the band recorded to celebrate the centennial of the Royal Canadian Artillery Association.
Not many of the band members were able to make the photo. 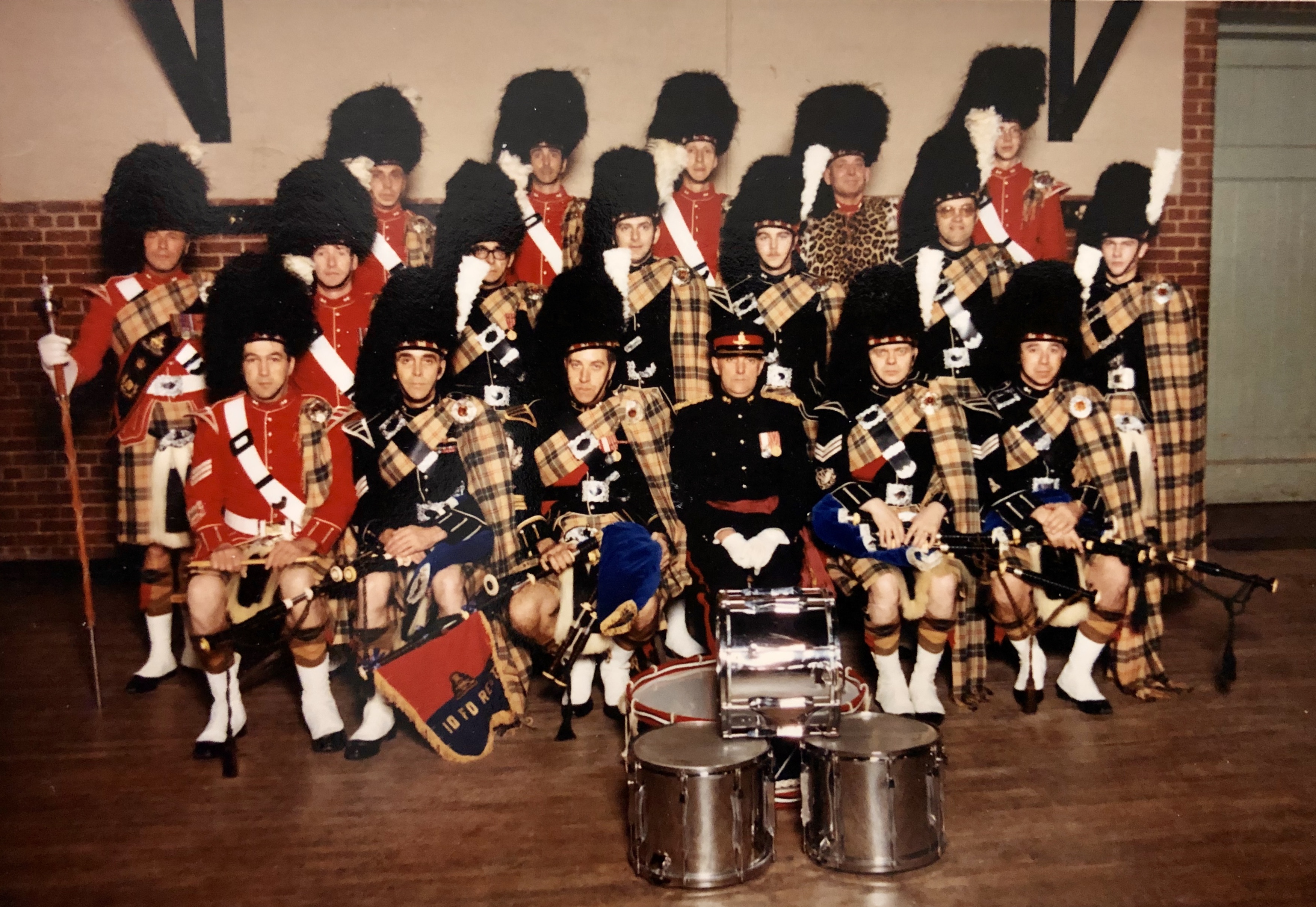